Dragnet Nation: A Quest for Privacy, Security, and Freedom in a World of Relentless Surveillance 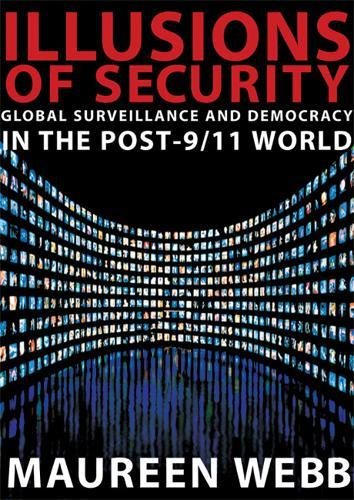 In light of terrorist threats at U.K and U.S. airports, this book is a timely and provocative read about what governments should and should not be doing to protect us from further terrorist attacks. It is a crucial look at a little-examined aspect of the U.S.-led “war on terror”—the move toward the use of mass, globalized surveillance and a “preemptive” model of security, and its effects on democratic values and human rights around the world.

“George Orwell and Michel Foucault together could not have imagined the future that Maureen Webb warns is already here—a state of global surveillance that challenges all of our most deep-seated expectations of privacy. Highly readable and critically important. Read it to see who’s watching you.”—David Cole, author of Enemy Aliens: Double Standards and Constitutional Freedoms in the War on Terrorism

“Through the various ‘frozen scandals’ of the War on Terror—from extraordinary rendition to torture to warrant-less wiretapping and surveillance—runs a single theme: the Bush Administration’s obsessive concern with ‘the preemption of risk.'”—Mark Danner, author of Torture and Truth: America, Abu Ghraib and the War on Terror

“Tracking the myriad ways in which governments—aided by advanced technology and profit-hungry corporations—are monitoring and manipulating us, she reminds us that the only predictable consequence of it all is human suffering, with little or no increase in real security.”—Robert Jensen, University of Texas at Austin professor and author of The Heart of Whiteness and Citizens of the Empire

“This valuable guide makes clear how dramatically civil liberties have been attacked in recent years.”—Christian Parenti, author of The Freedom: Shadows and Hallucinations in Occupied Iraq, The Soft Cage and Lockdown America

“In measured, lucid detail, Webb presents a wide-ranging account of the emerging global network of surveillance that is infringing on the personal privacy and civil liberties of people in the United States and worldwide.”—Nadine Strossen, Executive Director, ACLU

“This is a compelling book and it should be compulsory reading.”—Jeremy Waldron, Professor of Philosophy, NYU and author of The Dignity of Legislation and Law and Disagreement

Be the first to review “Illusions of Security: Global Surveillance and Democracy in the Post-9/11 World (City Lights Open Media)” Cancel reply